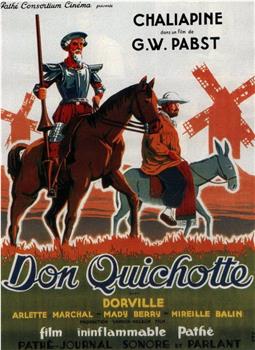 In Spain, in the sixteenth century, an elderly gentleman named Don Quixote has gone mad from reading too many books on chivalry. Proclaiming himself a knight, he sets out with his squire, Sancho Panza, to reform the world and revive the age of chivalry, choosing a slut to be his noble lady Dulcinea. He mistakes inns for castles, a play about chivalry for the real thing, flocks ...