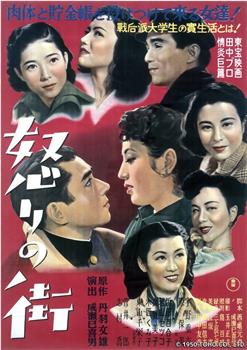 Immediately following Professor Ishinaka, Naruse returned to Tokyo for a very different film, depicting the moral decadence of postwar Tokyo. Strongly influenced by the street realism of film noir, The Angry Street includes a ***** deal of location shooting in the rebuilt ****, including downtown streets, residential neighborhoods, the campus of the University of Tokyo, and the...